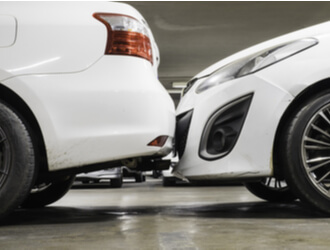 Rear-end collisions occur when one vehicle strikes the back of the vehicle in front of them. In many cases, these are minor accidents that don’t result in serious injury. Other times, accident victims can sustain suffer injuries that greatly reduce their quality of life.

Generally speaking, it’s thought that the driver who rear-ended another is automatically at fault for the accident. But that’s not always true. If you’ve been hurt in a rear-end collision in South Carolina, you should speak to a car accident attorney to ensure that insurance adjusters don’t try sneaky tactics to shift the liability onto you.

The attorneys at David Blackwell Law are familiar with all of the strategies that insurers use to avoid paying accident victims the compensation that they deserve. Don’t let them take advantage of you.

Call or contact us today to arrange a free consultation.

How To Avoid Rear-End Collisions

The vast majority of rear-end collisions are preventable. According to the National Transportation Safety Board, just one additional second of time could percent 90 percent of all rear-end crashes from happening.

Here are three easy ways to prevent a rear-end accident.

Advancements in car technology have focused on preventing rear-end collisions, with warning alarms and brake alerts sounding when a person’s car is fast approaching another. But not all cars are equipped with those technologies yet, so it’s more important for drivers to remain aware of their surroundings than to rely on modern safety features.

There are many causes of rear-end accidents, although some are more common than the others. These include:

When a driver causes a rear-end collisions due to any of these causes, they may be found negligent in a car accident claim. In these cases, accident victims can hold the at-fault party liable by demanding compensation for any injuries and property damage.

All types of injuries are possible depending on the severity of a rear-end collision. However, some injuries in particular are commonly seen in rear-end accidents. These include:

When accident victims suffer these or any other injuries in a rear-end collision, it’s important they understand they can file a claim for compensation for medical expenses, lost income, pain and suffering and other losses.

Who Is At Fault In A Rear-End Collision?

In South Carolina, the automatic fault rule generally applies to rear-end accidents. This law assumes that the driver was following too closely or engaging in another negligent behavior when the accident occurred.

However, there are exceptions to this automatic fault rule. For example, if the vehicle that was hit had defective tail lights or came to an abrupt stop in well-moving traffic, the driver of the vehicle in front could be found liable. It will depend on which driver acted negligently.

Another possibility is that both drivers are found at fault for the accident. This is called shared fault. In South Carolina, it is possible for an injured party to obtain compensation for injuries as long as they are found less than 51 percent responsible for the wreck. Anything over that percentage can prevent a victim from collecting compensation.

Because the stakes are so high, having an attorney by your side to evaluate liability after a rear-end collision can be invaluable. An unfair portion of fault could cause you to miss out on thousands of dollars in compensation.

What Are The Legal Remedies For Rear-End Collisions?

The first step to obtaining compensation after a rear-end accident is to file a claim with the negligent driver’s insurance company. This will provide compensation for medical expenses and other costs associated with your claim.

If the other driver doesn’t have insurance, motorists can file a claim with their own insurance company, as uninsured motorist coverage is required by South Carolina law.

How Can David Blackwell Law Help Me?

At David Blackwell Law, our knowledgeable car accident lawyers are committed to helping South Carolina victims claim the compensation they are owed. We will collect evidence to substantiate your claims to prove liability and fight any arguments of fault from the other side.

You can count on us to keep fighting for the results you deserve.

We believe that all victims deserve a right to learn about their legal options, regardless of cost. Contact us today to schedule a free consultation.